Hey All! Is anyone still reading this? I thought I'd go ahead and update with some work I did this year.

First up, more painting in support of conservation initiatives! In previous years I've done a number of paintings for various conservation related charity auctions. With last year being (hopefully) peak pandemic, all the usual events I do artwork for were either cancelled, or had their format tweaked to a virtual environment.

It was nice this year when my first post-vaccinated gathering was the annual 'Laughs for Giraffes' event in celebration/support of World Giraffe Day in June - this year hosted by the Global Conservation Force. I was asked if I would be willing to create something, which I happily agreed to, and came up with this: 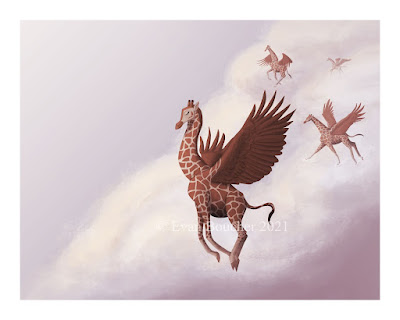 What was fun about this one was how serendipitously it came about. I was actually planning something completely different but while experimenting with different compositions and doing a bunch of sketching of Giraffes, I ended up jotting down this pose which really resonated with me, so I designed the image around it: 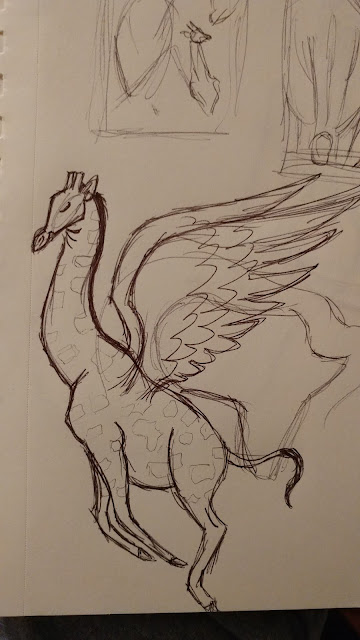 And here's the final framed print that sold at the silent auction: 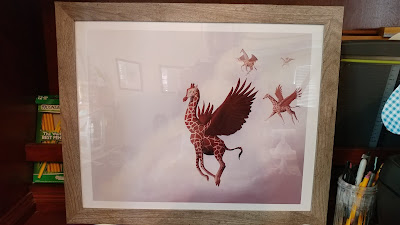 While the annual Bowling for Rhinos event didn't happen this year, I decided to do a drawing to post across all my social media platforms to raise awareness for World Rhino Day on Sep 22, 2021: 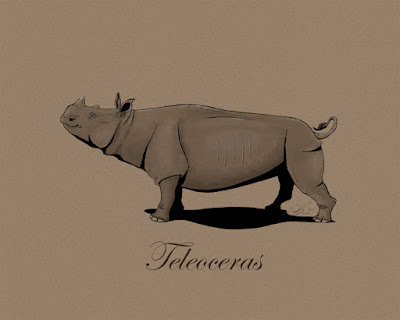 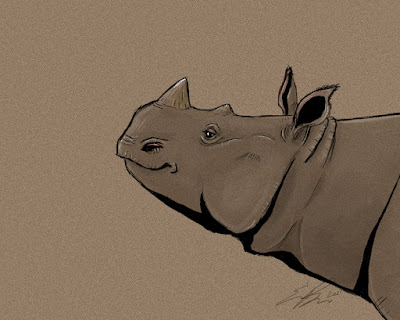 No that's not just a poorly drawn rhino, these are the actual proportions of the stout extinct American rhino, Teleoceras, made famous by the Ashfall Fossil Beds in Nebraska. As content as this animal looks, it has no idea an eruption from the Yellowstone volcano ~700 miles away is soon going to 'Pompei' its entire herd. While these guys were wiped out before humanity even existed, humans are directly causing the rapid decline of all 5 rhino species still alive today.
And that's what I have for this year. I've been thinking a lot lately about how to take these sorts of projects further, and put my skills to good use to do more science communication on a variety of important topics. While animals like rhinos and giraffes certainly need our help there are a lot of more obscure animals, and indeed entire interconnected ecosystems that deserve awareness and better PR campaigns as well. After all, a wild rhino population isn't going to survive if the rest of its ecosystem isn't in tact....
That's all for now. I hope to have more on this topic soon.
-Evan
Posted by Evan Boucher at 10:02 AM