Hello All, this post was inspired by a bizarre moment in a dream that I had, involving vultures. But these weren't just any vultures. These were a weird, made-up species of vulture that were secondarily flightless, as they were adapted to running around on all fours. That's right, unlike most actual secondarily-flightless birds, these guys didn't just reduce their wings down to practically nothing, but actually adapted their wings to work as a set of front legs. 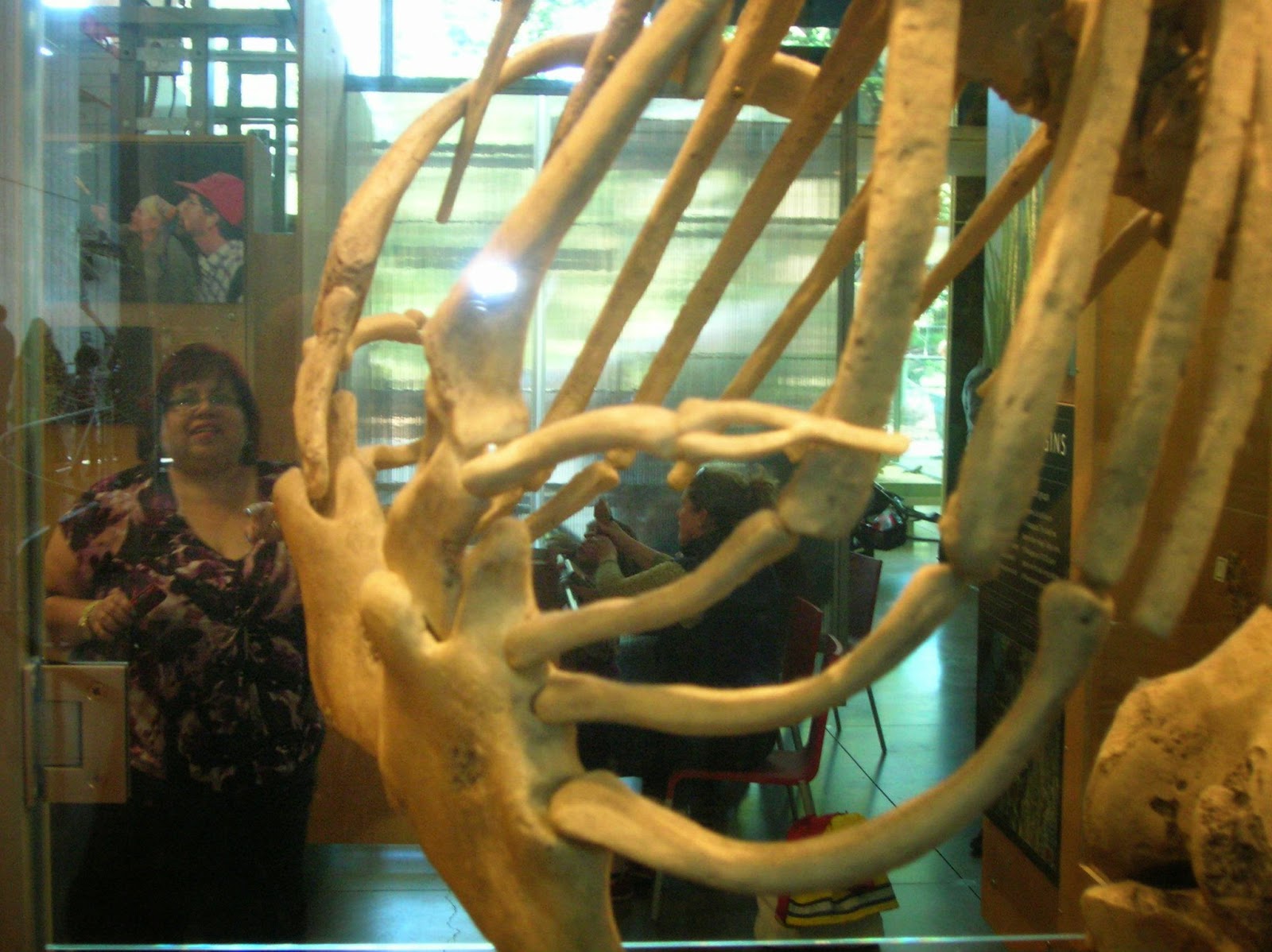 How most birds do it. The ridiculously small wing of the extinct Elephant Bird (Aepyornis maximus) from Madagascar. 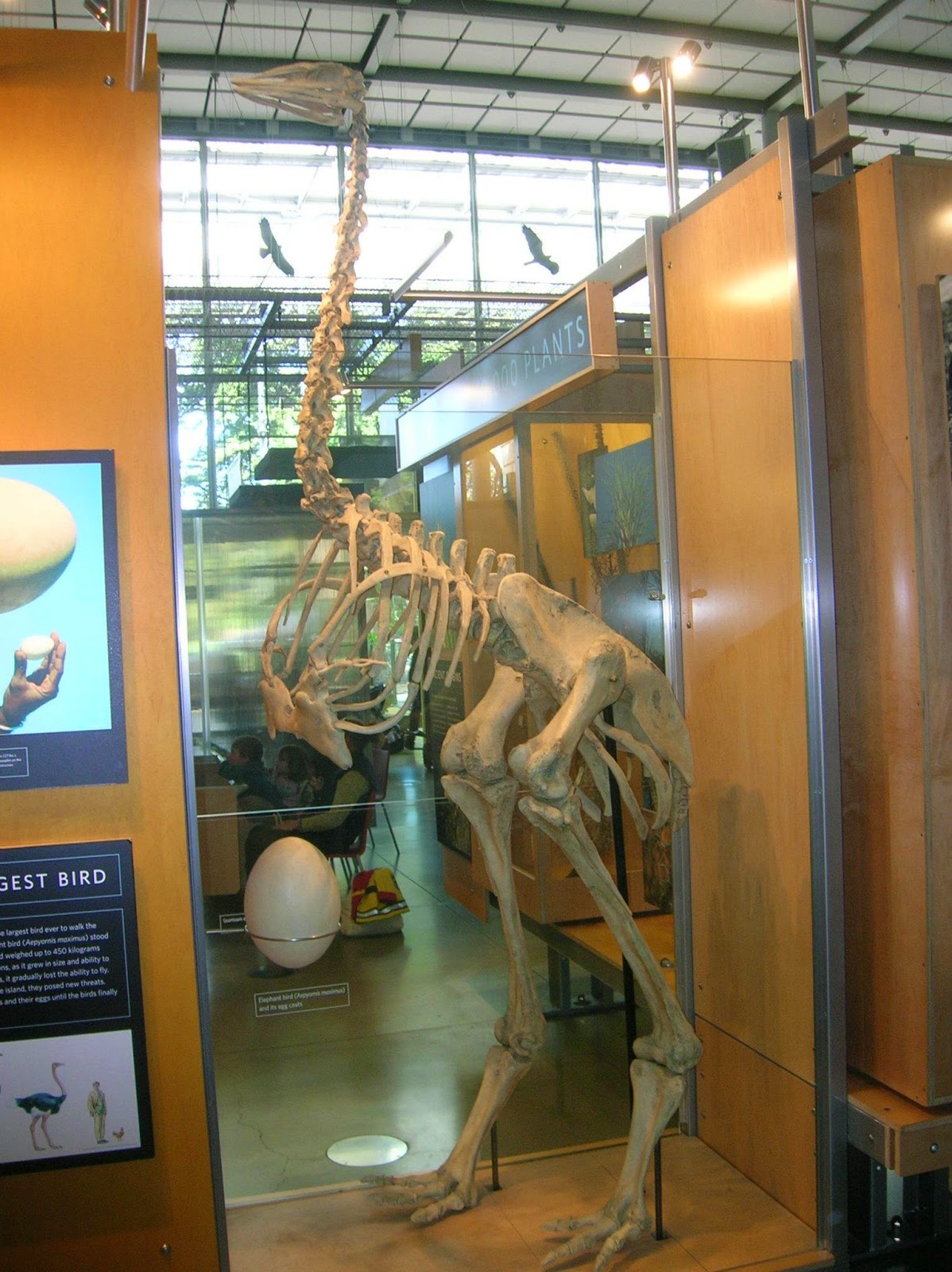 And the rest of the bird. Photos by me from an exhibit on islands at the California Academy of Sciences from a few years ago.

But how could using wings as legs possibly work? You might ask. The bones in a bird's hand are fused, inflexible, and would not support weight! Well there's the short answer and the long answer. The short answer is...it's a damn dream, and dreams don't make any goddamn sense.

But, the interesting thing about the dream, is that my subconscious dream-brain was apparently trying to make sense out of it the best it could. They looked  pretty much like Griffon Vultures (Gyps fulvus), with some modifications. The way the birds moved around, was a sort of a 'knuckle walk' on their hands. The wings were still fully feathered, but the primaries and secondaries were reduced quite a bit to allow better clearance. Their wings and legs were also both lengthened to allow for  better support, and a more cursorial lifestyle, to give them better ground clearance when running. Yes that's right, in the dream they were cantering around like dogs in someone's yard.

They also behaved rather dog-like, and would run up to you like an excited puppy - but it threw me off in the dream, since they were bizarre and I wasn't expecting it (even though my brain invented it...so weird how that works). So ultimately I was fascinated by them, but got nervous when they were close, because I was unsure of if they wanted me to pet them, or if they wanted to rip my face off. And normal large birds by themselves can make one nervous, since they have such snappy movements, which make them feel unpredictable. I remember this well from that time I was filming Emus (Dromaius novaehollandiae):

But anyway, toward the end of the dream, they were keeping their distance, and I was desperately trying to get my phone out to take video and document these bizarre quad-vultures. But of course, with how dreams are, I was fumbling with my phone for too long, and by the time I was up and ready, they stopped moving around and I missed my chance. When I woke up I decided to do a rough sketch of the creatures, which is where this post comes in. Here is pretty much what they looked like: 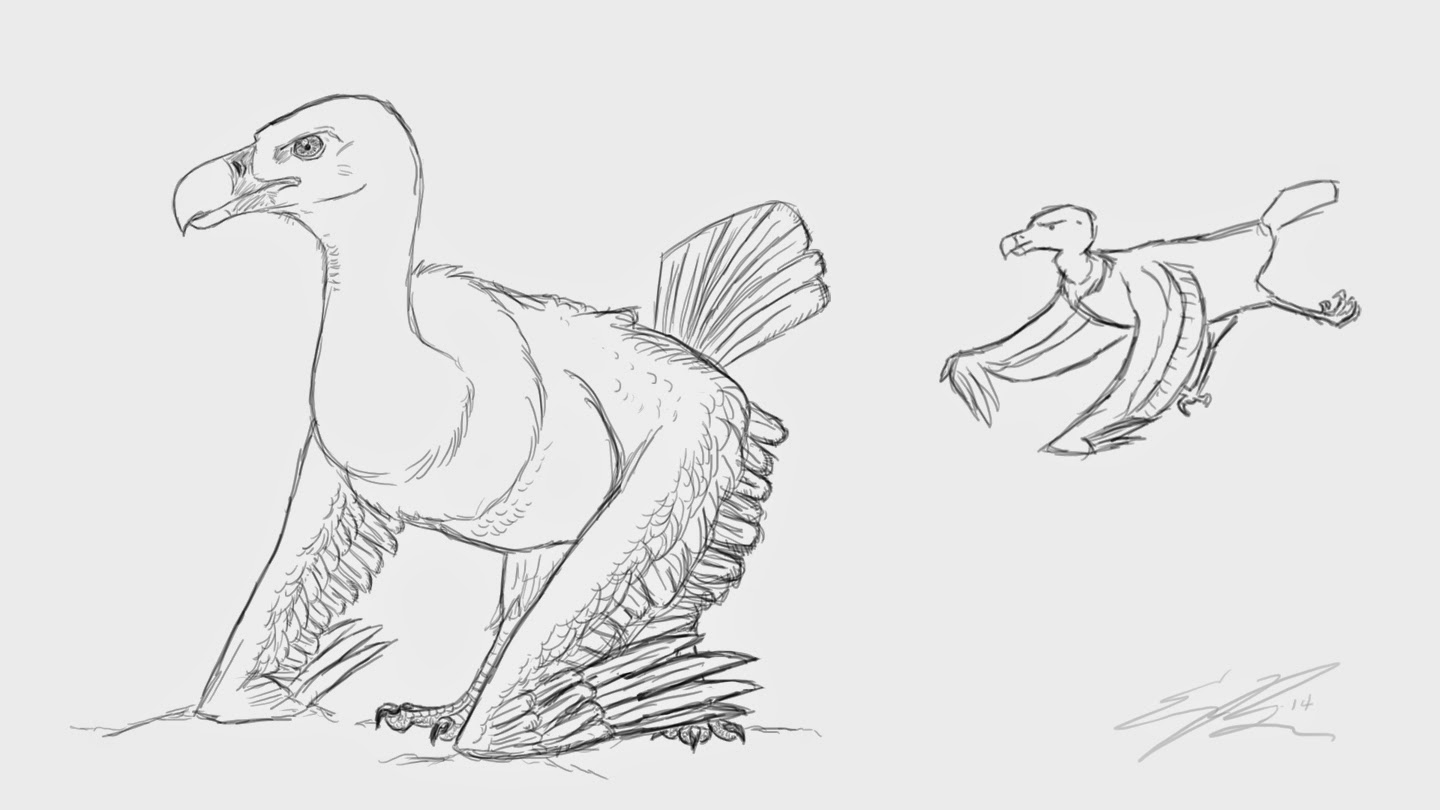 Anyway, thanks for humoring my impossible bird-ramblings. Just goes to show you that inspiration can come from the most unlikely of places I guess! :)

Posted by Evan Boucher at 2:35 PM No comments: