It's been a while since I've posted anything so I thought I'd post some of these rough sketches I did a few months ago. I was working on some Hadrosaur designs. Not trying to restore any particular species, but have been referencing things like Gryposaurus, Kritosaurus, and even a little bit of Tethyshadros. I was just exploring shapes to help bring out character. 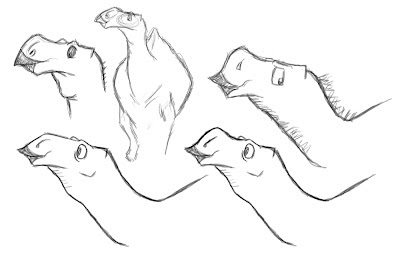 This was some visual development of a possible comic idea I had. We'll see if I get around to doing anything with it. Also, just for kicks, here is another character sketch: 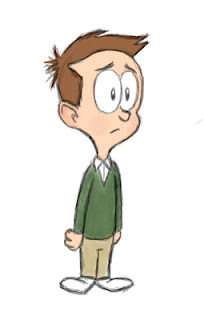 Evan
Posted by Evan Boucher at 8:31 PM No comments: