I drew this guy for a friend of mine, since he gestated in her mind. He also happens to be the next character in the series of creepy re-imaginings of child entertainers. Hardly a series at the moment...considering how long it's been since I've posted the last one. Although I like the idea of having a couple of different series going on, just so I have some things to continually go back to. Anyway. Enough blabbering. Meet the I-Scream Man: 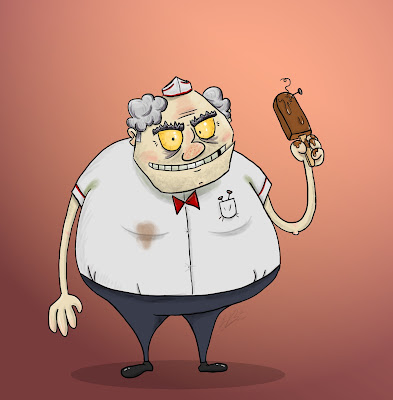 I'm not sure what else to say about him...I think the image says it all. There are two or three other characters I have in mind for this series. But if anyone happens to be enjoying these guys, and has ideas for more, feel free to suggest some. Maybe it'll put pressure on me to post more often...